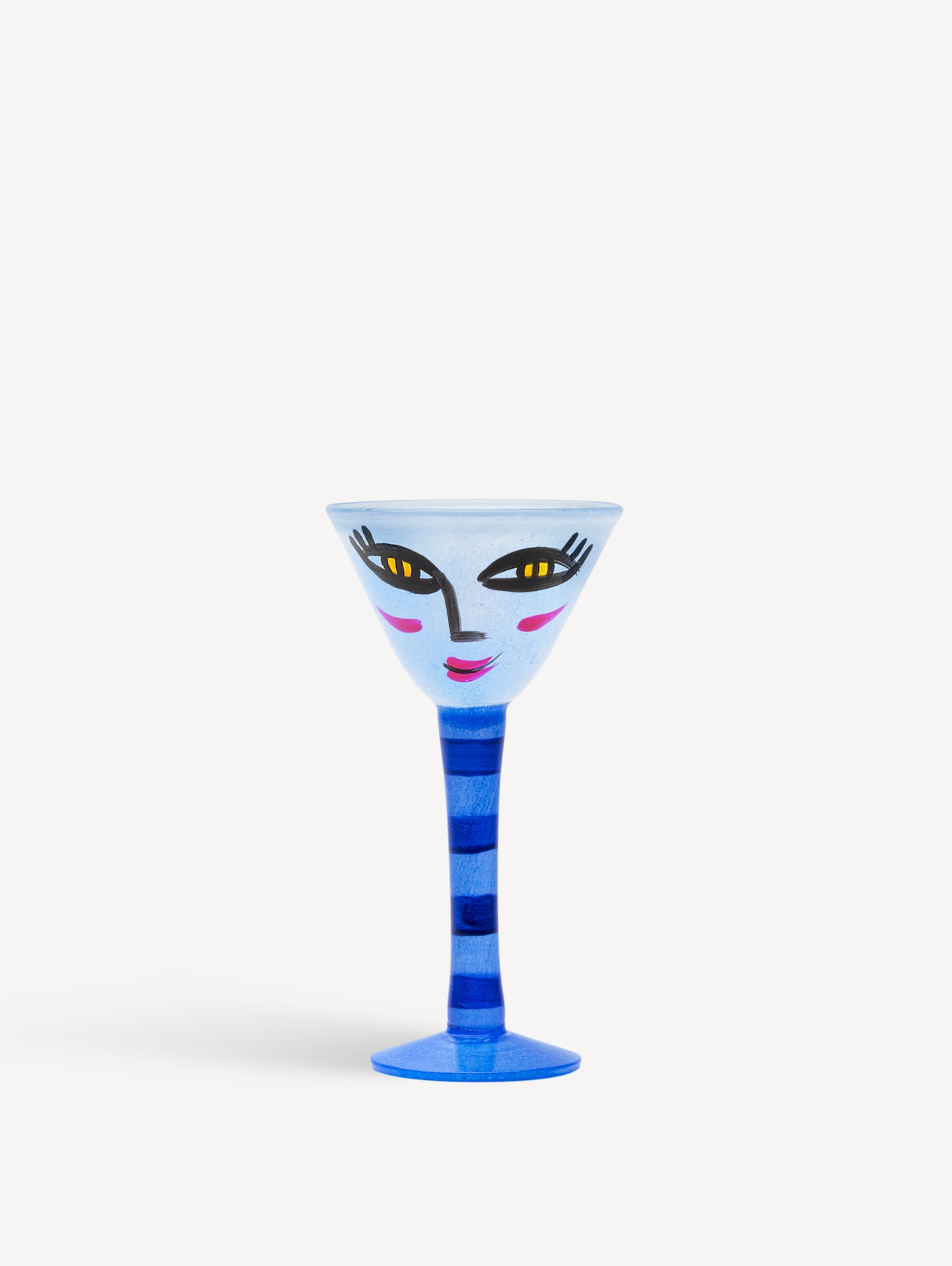 Friends again blue, UHV ED 300-22, this year's Open mind trophies look at us with a typical Ulrica face. The colors don't hide, they take tone. A typical Ulrica face, cheeky as if it were made up with lipstick and eyeliner. For Ulrica, it was important to spread her products around the world. A limitied edition with 300 pieces.

Everything can be painted on! That was Ulrica's strong conviction from the beginning. Plates, glasses, jars - everything is worth a picture. Anyone who has had the privilege of visiting her home in Bromsastugan in Åfors knows that there is not a gadget that Ulrica has not painted.
This year's trophies look at us with a typical Ulrica face. The colors don't hide, they take tone. The glass is watching us! Sassy and feminine and confident. As if it was made up with lipstick and eyeliner. Just like Ulrica herself, who never looked away.

To also end up in the spotlight in the beloved television series Friends in the 1990s (they used the trophies as flower vases, among other things) does not make the story any worse. She had the habit inside. In the 1980s, her Caramba became a popular glass through the legendary Jacob Dahlin, who every night ended his show by toasting her cup!
Is there a Swedish home without Ulrica items? For Ulrica, it was important to spread her products around the world. When, in the early 1970s, she switched to working with the glass mass, she succeeded in reaching that goal with flying colors. Glass became a way for her to keep in touch with the rest of us on a daily basis.

In Ulrica's generous world, no distinction was made between nice and ugly. Art or utility? These trophies are beautiful to look at, but also lovely to (carefully!) toast with.

Other customers liked these products